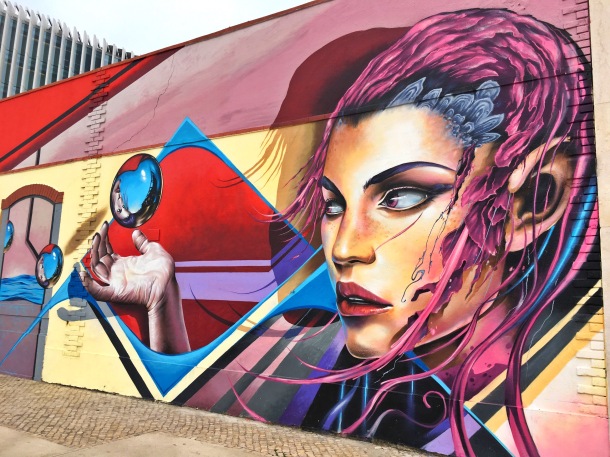 Who Am I?  Who Are You?  Such a simple and yet extremely complex subject which often ignites fires of passion within us as we try to discuss and explain our train of thought and logic behind our beliefs and behaviors around the issue.  But this isn’t an easy subject for us to understand despite the centuries of study previously done on it.  I, myself, have spent the past 15 years diving into every possible aspect of possibility surrounding the category, from nutrition, psychology, alternative therapies and techniques, energy work, and spirituality to name a few of the broader terms of my research.

I’ve also spent the past 6 years as a self-empowerment life coach, which acts equally as much as research as it does helping people with the aspects I’ve already come to know and understand.  In my practice I’ve worked primarily with expats living in the United States who had experienced pretty severe traumas in their lives before coming to America.  However, I came to realize the audience I was working with needed to be expanded in order for me to truly begin to understand what is possible and how things work within the minds and bodies of all of us within the human race.  I began traveling full-time and studying the aspects of beliefs and behaviors amongst the international traveling community throughout the world, and what I found was quite interesting!

In the world of travel (especially over a longer-period of travel) participants quickly shift into new and unusual states of mind which are far less common amongst the short-term traveling community and even less frequent among those who are within their home environment.  This shift can be seen pretty distinctly when you’re in the community of travelers and know what to watch for.  The length of time within each of these phases varies greatly depending on the individual, and is often influenced by which background they’re coming from…especially strong cultural and religious upbringings.

This is a brief explanation of what you might see:

The beginning of the trip is the adjustment period.  This includes new travelers of all kinds: short-term vacation travelers, tourists, new expats and beginning stays for long-term travelers.  In this stage, there’s a sense of elation but it’s mixed with the stresses and pressures of the life they’re going to go back to or the one they’ve just left.  They’re still connected to a lot of what pressures them in daily life, including the mentalities and behaviors they’ve come to adopt in order to protect themselves from over-exposure to vulnerability.  This is the most guarded stage.  It’s generally more relaxed than their home behaviors would be, but there’s still a strong connection to those real-life obligations.

The next stage is the freedom period.  This is when travelers shift (almost overnight) from stress and obligation to pure escapism, often adopting new social behaviors which are almost entirely different from their day-to-day ways of acting and often considered extreme.  This stage may even be considered quite experimental.  During this time the individual may try and do things which they’ve never considered doing or may have even considered unacceptable before.  However, this period of time is the time of adventure and exploration!  This is the time when participants let loose, relax and fully embrace freedom from rules, expectations and responsibilities.  This time might also be considered the truth serum stage as participants find themselves completely open and honest about all aspects of their past as well as able to express their true thoughts and ideas since they feel less pressure to hide those aspects from those who will quickly shift in and out of their traveling experiences.

At this time, it’s also quite easy to overdo it…but it’s completely acceptable within the community as long as you’re surrounded by other’s within the freedom period.  For most, the freedom period is the longest and most frequented stage of behavior as it’s common to shift in and out of this stage between the other more stressful stages.  This time offers a sense of relief from the difficulties of reality, whatever they might be.

The next stage is the deeply meditative period, which often leads right into the lost period.  During this time each participant identifies with a strong sense of finding one’s self, by natural or chemical means.  This period of time includes aspects of meditating, connecting to the inner-self and deep soul-searching in order to consciously decide who the individual wants to be, rather than the person they’ve previously been who may have been chosen or influenced for them throughout his or her life up until now.  Sometimes aspects of the freedom stage will suddenly shift a person into the deeply meditative stage.  For example, hallucinogenic drugs, high doses of alcohol consumption or near-death/dangerous experiences.  Others which more naturally lead to this self-analysis might include: culture shock, humanitarian work, meditation retreats or deep analytical conversations with strangers.  Regardless of the method of entering, this is possibly the most intense and liberating experience one might have relating to “finding” him/herself.

From the meditative stage, a person may naturally shift into the lost period.  This is generally characterized by a deeper understanding that one’s belief’s and behavior’s have been greatly manipulated and determined through the influence of others rather than one’s own choosing.  This doesn’t automatically mean that the person will reject all of their previous ways of being, but it does tend to lead into a much deeper state of unknown where the individual now has to decide if they want to accept the previous…or if not, what they will choose to adopt and become in the future.  This is quite difficult as breaking away from the influence of friends, family, culture, society, religion, school, etc is not an easy transition and may not be completely possible.  This period is generally the darkest and hardest of all.  During this time each person must come to know the deepest parts of themselves or at least accept that they are choosing to remain the person with whom they were previously influenced to be.  Sometimes the idea of complete recreation can be overwhelming, in which case a person may choose to remain in their previous state rather than changing…but if not, they will then enter into the characterization period.

The last stage, known as the characterization period, is the identification and recreation of one’s new chosen self.  At this point, each person must choose the aspects they want to include in their daily beliefs and behaviors, almost as if choosing to create a character to be acted upon.  In fact, thinking of one’s new identity as a character to be taken on as if an actor in one’s own life production may make the process much easier and more enjoyable!  There’s a different kind of freedom experienced during this time, as re-identification brings a new sense of strength and empowerment to those who are participating in it.  Not everyone will find their way to the characterization period, as it requires the greatest effort to reach this source of enlightenment…but when someone does the effects are long-lasting.  The results that come from this stage will pave the way of the future.  This is where a person determines who they truly want to be, what they want to do and accomplish and what they believe is actually possible.  The best part of this stage is the deliberate choosing of one’s life and future, including the responsibilities they’re willing to accept which will lead to growth and development in all aspects of personal development and life satisfaction.

While this process can’t be considered a science exactly (each person’s experience will vary slightly), it can be considered a much faster transitional period than will occur if they were to remain in one place (at home) and thereby can be considered an extremely advanced, enlightening and educational personal development experience which would be highly recommendable to everyone who is looking to play a more active role in creating the life they want to live and becoming the person of their choosing.