Introduction to Me. / Personal Development 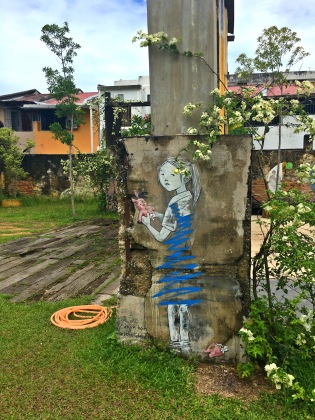 Palms sweaty, heart and thoughts racing, shallow breathing (if at all), trembling slightly…all the while trying to appear cool, calm and collected…and NOT do one of those things I do when the pressure is in full-force because of whatever’s on the line this time.  In these kinds of situations I’m infamous for what I affectionately refer to as, verbal diarrhea, also known as foot-in-the-mouth syndrome.  It’s taken me years and countless events to perfect, but I think I can finally be referred to as an expert in these areas!

When we’re nervous we tend to do silly things we normally wouldn’t…like say things that you’d never dream of saying if you were in a normal state of mind.  These range anywhere from utterly humiliating, completely naive, or highly offensive…to absolutely ridiculous and stupid…and every level in between!  And of course, it’s never just one thing…it’s usually happening the whole time you’re meant to be on your best behavior.  Add alcohol to the mix and you’ve got the recipe for a total disaster!

Your close friends and family tend to overlook these awkward occurrences, but when it’s someone you’re just meeting or barely acquainted with…they don’t have the same loyalty to stick around and see if that’s typical behavior for you…and aren’t these the ones causing the highly-anxious state to begin with?  Sounds like a catch-22 if the very thing you need to keep you from being uncomfortable is the same thing that makes you act so excruciatingly annoying.

As fun as this is to admit, the tension which is causing the unwanted and unwarranted behavior often falls along the lines of desperation.  We’ve probably all been there in one way or another when we’ve wanted something so badly that we metaphorically squeezed it too hard until whatever may have been there at one point was now dead beyond resuscitation.  This level of despondence makes it difficult to remain level-headed as we try to navigate around a topic which appears to be of such great importance to our current and future happiness.  The result?  We try too hard for what we believe to be vital to our well-being, and consequently lose it entirely.

Sounds like a personal issue…and trust me, it is…but how can we be so needy for something or someone that it causes us (as grown adults) to act completely irrationally?  Well, the long and short answer for that question is this: when it boils down to one of our most basic Core needs for survival, we’ll do just about anything to meet and fulfill it…but often in the same state of mind we were in when we first realized how important this subject would be to our life.  In short, you were likely a child when you began to understand the gravity of what this thing meant in the long-run…in which case, your ideas and beliefs around it will also originate from that age with no current changes or updates to what they mean and how they are affecting your life now.

With our subconscious mind programed to respond in this undesirable way, how can we change the outcome of our nervous response system to better serve us?  When it comes to changing fundamental beliefs and deeply rooted behaviors, I’ve found that the best method to shift them comes in frequency of interaction with similar stressors.  In other words, the more you practice the better you will become at handling those kinds of situations more ideally, and you’ll lose some of the initial symptoms that were caused by the anxiety…especially those which were autonomic nervous system responses; familiarity with a particular environment and situation will cure those reactions pretty quickly.

While this may not seem like the ideal answer for some who’d rather not risk short-term embarrassment, the results from this method will be much more long-lasting and well worth the temporary discomfort than the less-painful alternatives.  My opinion?  It’s best to just hunker down and learn to enjoy apologizing…both are good for overall character development anyway 🙂 .