How would you define identity?  Is it the accumulation of the facts regarding your personality combined with your life experience?  Is it whom others believe you to be?  Is it something we’ve created for ourselves or have we simply assumed the identity chosen for us by our circumstances?  And what exactly does our identity mean for us in the long-term spectrum of our lives?

These are questions that really get me thinking about human nature and what we’re capable of doing.  If we take some of the most simple truths that exist on a higher, more substantial self-awareness plane we find teachings like: We are who we believe ourselves to be, and the only limitations in life are those which we’ve chosen to self-impose.  Believe them or not, these are words taught by some of the most significant and brilliant minds in our world’s history.  Here are just a few who have mentioned them: 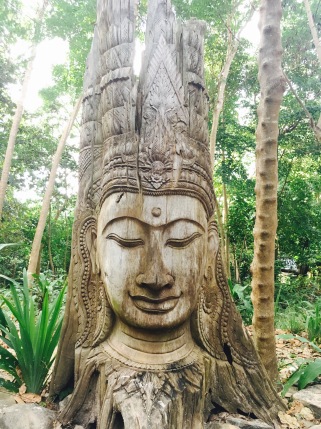 CS Lewis, “We are what we believe we are”

Zig Ziglar, “We believe what we tell ourselves.”

Napoleon Hill, “Your only limitation is the one you set up in your own mind.”

Franklin D Roosevelt, “The only limit to our realization of tomorrow will be our doubts of today.”

Muhammad Ali, “The only limitations one has are the ones they place on themselves.”

First of all, it’s important to note that identity can be fleeting…shifting and changing automatically through time with the wisdom of understanding who we really are and what we’re actually capable of, but most of us are in varying and imperfect levels of learning these very important lessons which act to shape our self-confidence and life trajectory.

How do we begin to define who we are?  If you ask someone to tell you about themselves, they’ll start listing off facts, accomplishments, roles, experiences, political and religious beliefs, and preferences.  For example, I’m a 36 year old American solo-female traveler.  I’m a life coach and writer, love people animals and nature, and come from a gigantic amazing family.  I love traveling, singing, dancing, exploring, cooking, teaching, juicing, yoga and meditation.  Obviously I could continue as I have so much more I could say about these categories and my interests, but you get the point.

So if these things are what make up my identity, what happens when one is challenged?  For instance, if I was never able to write again…what would that do to me?  How would it change my perception of myself and who I introduce myself as?  Many people equate their job positions/titles, marital status and parenthood as their primary identity, so what happens when the job changes or they retire, they’re no longer married for whatever reason, and their kids move out on their own?  What then?  Enter the age of the Identity Crisis.  This also tends to come up between the mid 30’s and late 40’s known as the Midlife Crisis…a state of life that I’m very well acquainted with!  During these times we’ve lost an important part of what we’ve previously identified our self-worth with, so it sends us into a deep soul-searching predicament where we’re forced to either find the truth of who we are or replace what we’ve recently lost with a new category to focus on.

As anyone who is even vaguely familiar with these crisis stages can tell you, they’re not the most fun you’ve ever had.  The losing of ONE of our identities (each item you can list when you introduce yourself can be seen as an individual identity which you define yourself as) causes major turmoil and imbalance and will often be the catalyst which will cause you to redefine all or many of your subsequent identities…which is why it’s such a difficult challenge and adjustment.

Side note: it may sound like I’m describing multiple personality or dissociative identity disorder…but I assure you I’m not considering anything that severe.  I’m simply referring to the different aspects of ourselves that we use as reasons to relate to others.

Now that we’ve defined what we believe identity to be, we can discuss whether these are accurate, how your views about yourself project for others what you believe yourself to be, how this affects every aspect of our lives and if it’s possible to hack identity to work for rather than against us.

HOWEVER, DUE TO A TIME CONSTRAINT, THIS WILL BE A 2 PART BLOG.  PLEASE LOOK FOR THE CONTINUATION LATER THIS WEEK.