I might be a …Netflixaholic.  (Not a real word?  Might as well be!)  There, I’ve said it.  I’m not really sure what that means and I don’t feel THAT strongly that I’m correct about it, but what if that’s just part of 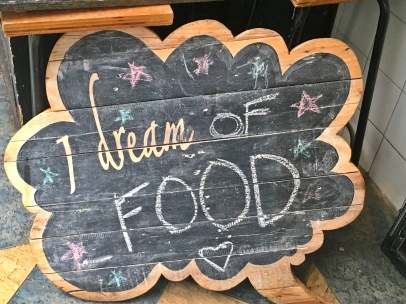 the condition?  It doesn’t FEEL out of control…I can stop whenever I want…but I just don’t WANT to.  I call this practice Nexflixology, like reflexology but therapy for your brain…relief.

I’m much more willing to let go of control, act like myself and actually ENJOY life when I’m under the influence of something…anything really.  But is it really ME if I need something else in order to feel that way?  I have addictive personality disorder…probably.  Is that a real thing?  The fact of the matter is I feel better about life when I participate in escapism.  It doesn’t seem right, and I’m not sure that’s the way life was intended to be…but I guarantee you I’m not the only one with this condition.

You see evidence of escapism all over the world.  People wear the effects of it like this season’s fashion.  We have tendencies to pull to these behaviors in order to shift into other states of mind and being which allow us to feel freedom…more so than our normal lives allow us to feel…call it chocoholicism, alcoholism, escapism, Netflixism, foodism, sexism, drugism, shopism…whatever form we use to reach that point of temporary euphoria and relaxation.

“Never again”…”I’m stopping”…”I’m giving up”…frequently spoken words by many suffering from one of these many “aholic” syndromes.  How many times have you quit something?  How about the same something?  This discussion came up when a certain Russian spy (ok maybe not a REAL spy) laughed at my expense after I made the comment about successfully quitting drinking several times.  Ok I admit, it doesn’t sound super successful if it’s been done more than once, but it worked for a little while…sometimes months and years!

If you quit doing something and later pick up the behavior again, did you ever really quit?  This is the question of the day.  Try as I might to come up with a clever rebuttal or example to prove this implied slight as completely incorrect, I just couldn’t seem to find one.  Is this true?  If you gave something up…QUIT…had a “last”…but then years later have it again, it’s now made your “last” completely obsolete.  Doesn’t really seem fair, but try as I might there’s no arguing with logic.

So WHY do we do what we do?  Why is it possible for someone to not want to drink anymore , for example, in the evening when going to bed…and maybe even detest the idea of ever doing/having it again, but then suddenly in the light of the morning all of that goes out the window?  Regardless of how dangerous it is, how badly it’s affecting our lives, keeping us from reaching our goals and potential, how much it’s destroying our health…all rhyme and reason seem powerless to these addictions.  But are they actually addictions?  Let me rephrase that question…are the THINGS causing us to take part in these behaviors or is it something internal causing us to search for a release and settling with anything that feeds that need?

There have been studies to this affect: studying the addiction to Heroin, arguably the most addictive drug on the market and clearly life threatening when used even once.  I’ve read that it’s used in American medicine to some extent, even…and yet, somehow EVERYONE isn’t getting addicted to it.  There are some who do, but others who don’t.  If it’s the drug (or thing) that’s addicting us then it makes sense that everyone or close to everyone will become addicted to it, however, that’s just not the case.  So what is causing the addiction to these substances if it’s not the product being consumed?

Interestingly enough, I’ve seen varying levels (but proof either way) of the evidence of escapism in every country I’ve visited and with every nationality of people I’ve come across, including those with a highly religious background (but their addictions are more specific since some types are considered highly taboo or completely off-limits).  So what does this mean and how do we tackle an issue that has such a questionable physiological and psychological background which may or may not have yet been figured out?  How is it that our own logic and will isn’t able to challenge this “demon”, per se?  What exactly is leading us to the NEED to escape?

I’ve been extensively studying this from before the inception of my coaching practice, and more so since I’ve been traveling the world full-time.  I’m still not sure that I have a lot of clear answers on the matter, but I can say that our emotions, feelings and thoughts have ENORMOUS effects on addictions and addictive behaviors.  So is it possible that the way I’m thinking and feeling can actually change the way I act on my CORE beliefs and values???  Absolutely!!!  And what about when I’m under the influence of stress (through obvious means, sleep deprivation, psychological distress, time constraints, relationship changes, etc), does that change things?  Again, absolutely!!  Night and day differences in what we KNOW and what we CHOOSE to do when we’re under these conditions!

Unfortunately…I’m under the time restrictions of waiting for my flight to Amsterdam.  This will be a multi-part post.  Please follow up with my posts in the next few days to hear the continuation!